A Russian woman has been left deformed and infected as her breasts were removed following a cheap boob job performed by a friend who injected six jars of petroleum into her chest.

The 48-year-old patient who had the procedue to enlarge her ‘small’ breasts started having problems after she had a baby and suffered from mastitis, as they became ‘misshapen with a huge boil’.

Before the boob job, the unqualified ‘surgeon’ reportedly showed the woman her own ‘very beautiful breasts’ and said she could do the same for her with injections of jelly for £5.

The woman agreed to pay for the cost of the materials, totaling around £4.70, with the friend using her as a ‘guinea pig’. She then underwent the boob job with six jars of petroleum jelly injected into her chest.

Discussing the boob job, the woman from the Caucasus region of Russia, said: ‘I agreed the procedure with my husband.’ 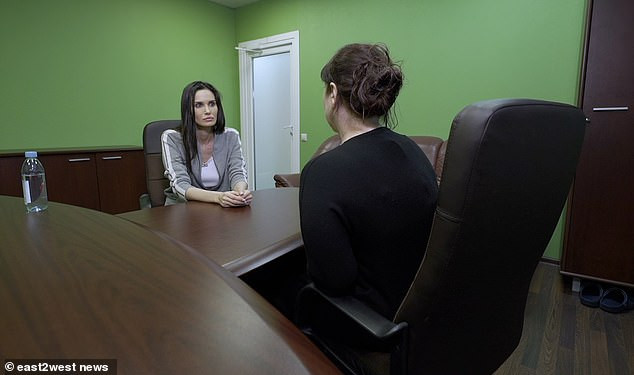 ‘It was such a pain, a hellish pain, but I wanted this beauty.’

Soon she had a ‘terrible fever’ and was ‘scared, regretting what I did’ but after two days the pain subsided and the woman said her ‘breasts were a wonderful shape, so beautiful…my husband was pleased’.

The woman later suffered from mastitis, which is an inflammation usually associated with breastfeeding, and her boobs became misshapen with a ‘huge boil’ .

She said: ‘The appearance was terrible – the pains were unbearable. There were ugly open wounds.’

I felt this liquid coming out of me,’ she said. ‘Of course, I regretted of what I did. I beg other women never to take such steps. You will regret it, not in the first year, but later it will be terrible for you.’ 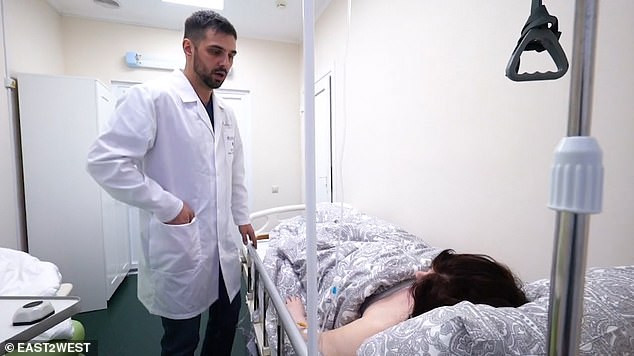 She has since had surgery to remove the hardened petroleum jelly but her chest has already been because of the procedure.

Speaking on the situation, Russian campaigner against cosmetic surgery abuses, Alana Mamaeva, 32 said: ‘You are destroying your own body with your own hands, demolishing your life.

‘Such cases are shocking, horrifying. But they need to be shown and told to increase women’s awareness, literacy, and security – because knowledge is power.

‘This woman – and dozens like her – do not need to be criticised by society or condemned. They have already punished themselves.

‘Society should be kinder and more understanding. They need help and its what the good surgeons are trying to provide.’

When Mamaeva who helps victims of plastic surgery nightmares asked doctor Oleg Vedrov who helped remove the remaining petroleum jelly and the woman’s shattered breasts during the second surgery if he could save the patient’s nipples. He said: ‘I hope so, but cannot guarantee it. In this situation, the main task is to fight not only for the nipples.’

‘(The breasts) become inflamed, pus forms…. and deformity. It impregnates all the tissue and lies like a stone. It has to be removed completely. The tissue itself is removed.’