A smiling Meghan Markle was seen on Tuesday for the first time since she and Prince Harry made their shock announcement that they intend to step back from their roles as “senior” royals.

The Duchess of Sussex was seen leaving the palatial $14million Canadian home where she has been with her son since last week.

Meghan was seen leaving the Vancouver Island ocean-side mansion shortly before 10am local time. She arrived at Victoria Harbour Airport around 20 minutes later to board a seaplane which took her to a women’s shelter in Canada’s poorest neighborhood. 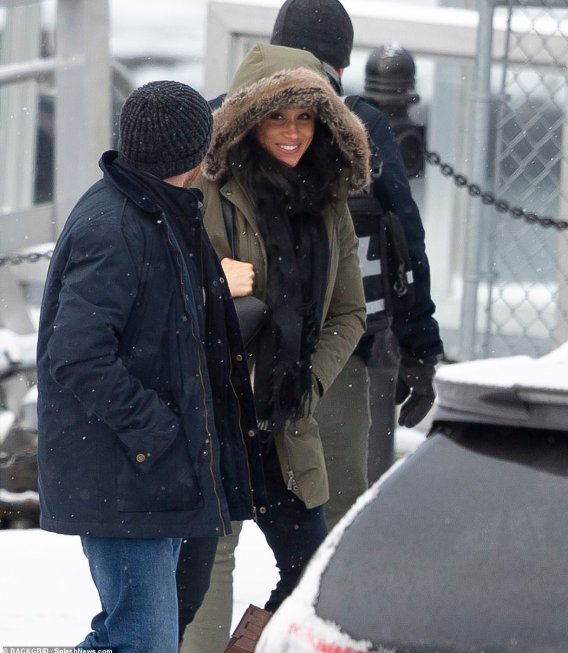 She seemed happy as she laughed with her security team before boarding the seaplane for the mainland. She then made a surprise visit to the Downtown Eastside Women’s Center in Vancouver to “offer support” and to “boost the staff’s spirits”.

The shelter posted a photograph on its Facebook page of Meghan at the centre of a group of eight women, with the caption: “Look who we had tea with today!

“The Duchess of Sussex, Meghan Markle, visited us today to discuss issues affecting women in the community.”

A staff member said they only became aware of the visit when Meghan arrived and that she spent time meeting with managers.

The shelter provides counselling, hot meals, and basic needs for women and children in need.

Reforming and repositioning the Nigeria Police Force
Who will win the UEFA award? Virgil van Dijk, Cristiano Ronaldo or Lionel Messi
You will be held accountable for the killing of Fulani herdsmen in the southern part - CNG warns Buh...