On Tuesday, Manchester United confirmed that Odion Ighalo will wear the no. 25 jersey, the shirt number that was vacated by the club’s former star, Antonio Valencia.

The 34-year-old Ecuadorian right-back, who now plays for L.D.U. Quito after leaving Manchester United in 2019, has sent a message to Odion Ighalo following the news that he has taken the No.25 shirt he used to wear at the club.

Reflecting on what the No.25 shirt meant to him as he wished his successor well, Valencia said the jersey was an inspiration which helped him worked beyond his dreams.

Sharing a photo of Odion Ighalo posing with the No.25 jersey, he wrote: “I always saw the number as an opportunity to work beyond my dreams,” Valencia tweeted.

“It has been my inspiration and became my amulet. I wish you all the success now with this shirt brother.”

I always saw the number 25 as an opportunity to work beyond my dreams. It has been my inspiration and became my amulet. I wish you all the success now with this shirt brother! 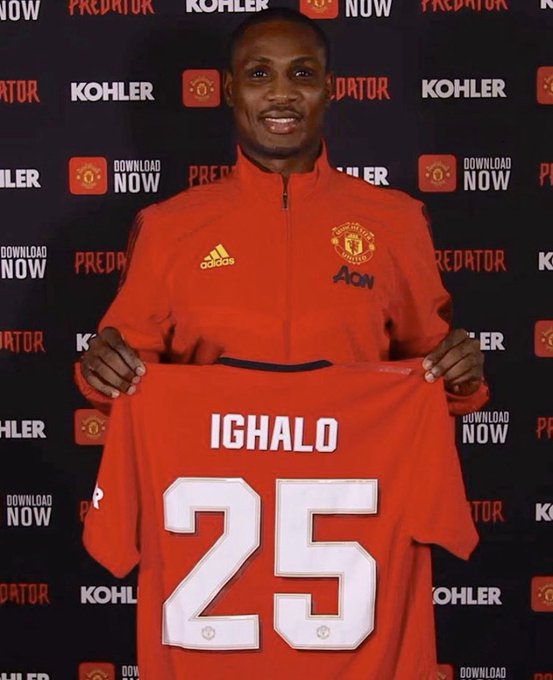 In another news, Odion Ighalo has been added to Manchester United’s Europa League squad for the knockout phase. He is also expected to make his debut against Chelsea after the winter break.

Italian nurse murders his girlfriend for 'infecting him with Coronavirus
California generates much of its revenue from non-oil products.
Presidential Election Petitions Tribunal dismisses suit filed by the Hope party against Buhari