Moses left Fenerbahce of Turkey to join Intermilan in January and provided an assist during Inter Milan’s 4-2 win over AC Milan on Sunday and Conte believes Moses has settled into life at the Nerazzurri because he worked with him for two seasons at Chelsea while Eriksen had issues at Tottenham before joining Inter-Milan. 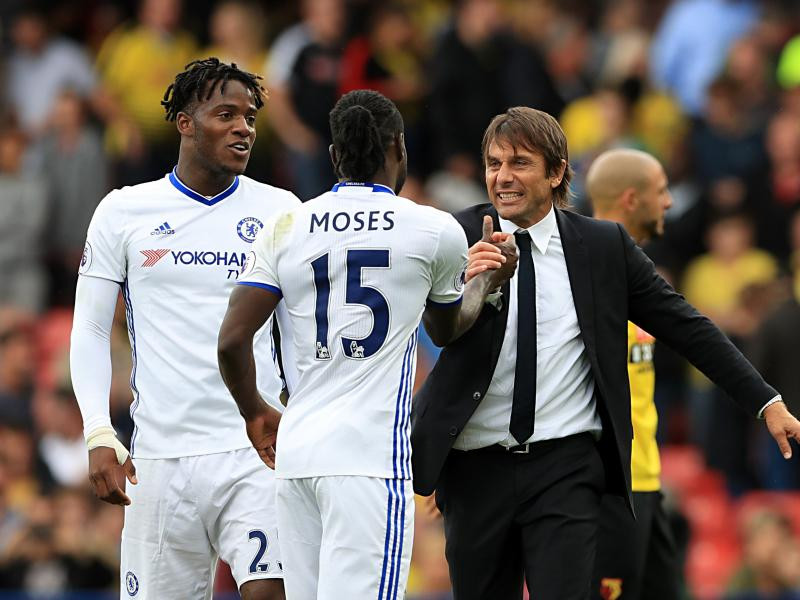 “Both Ashley Young and Victor Moses, because they are wing-backs, don’t need quite so much guidance in training. Plus Moses already played with me at Chelsea,” Conte told Sky Sport Italia.

“For midfielders, it’s more complicated, as I always ask something pre-planned and memorised for both attacking and defending moves. Christian knows football well, he reads it, but also is not quite at 100 per cent fitness.

“I had thought about using Eriksen behind Lukaku, but then decided not to transform things too much, as it’s important for us to play with the two strikers.

“Eriksen also had this issue dragging on with Tottenham, coming and going, so that takes a lot out of you. I’ve been a player, I know, it’ll take him a little while to settle.”

“It was a special night, that’s for sure,” Conte told Sky Sport Italia after Inter came from 2 down to win AC Milan 4-2 and go top of the Italian league standings..
“The first half saw us in real difficulty, perhaps more than we’ve ever been this season, and there was the risk of a hammering.

“Instead, we did well to get the balance back, to understand where we had to improve, to have faith in what we were doing and the credit goes to these lads.

“Aside from the result, I am happy to see them resist under blows and turn it around, as that means they are preparing for something truly important.

“It’s still very early to talk about something we can for now dream of. We can have a dream.”