Oprah Winfrey has reacted to reports that her house was raided and she was arrested on sex trafficking charges.

A number of Twitter users seemed excited about the news and they mocked her for doing documentaries on men who were accused of sexual assault, whereas she has her own skeletons. 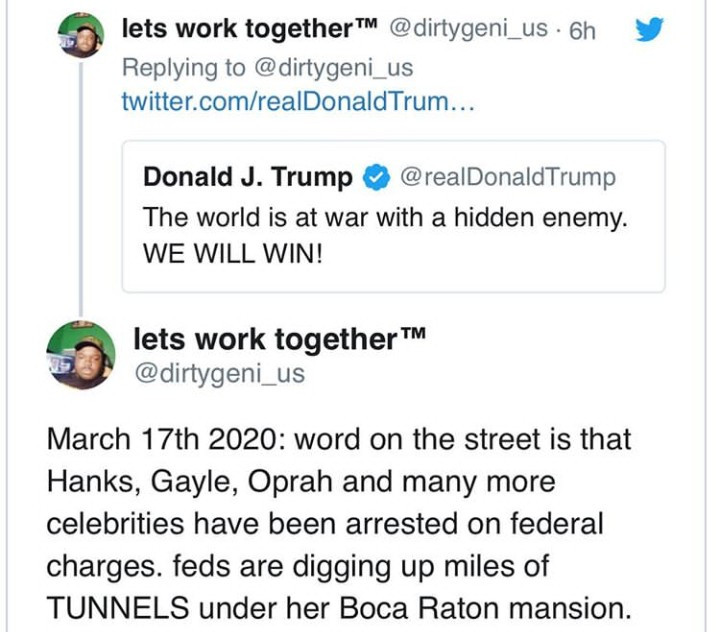 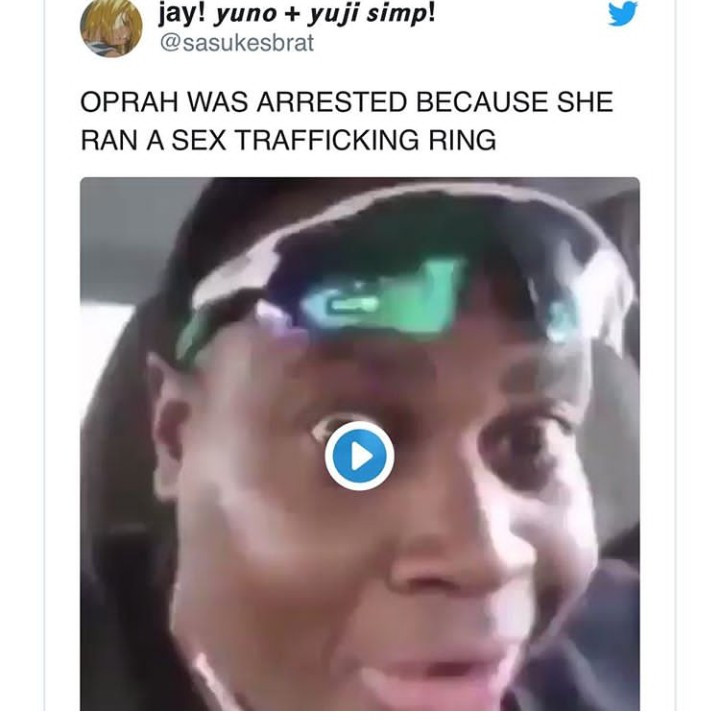 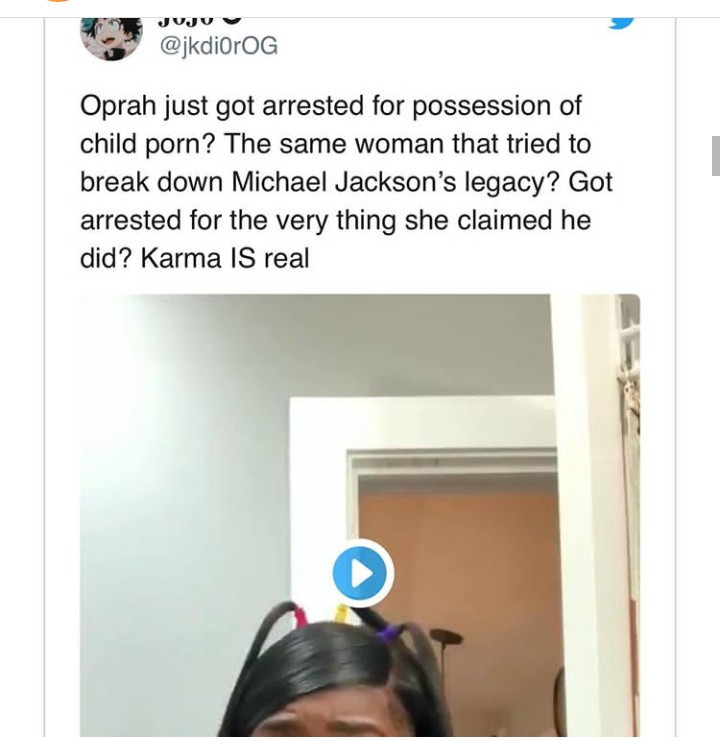 But it turns out the rumours were just that, and was started by QAnon, a far-right group which centers on an anonymous individual known as “Q,” and is known for starting wild conspiracy theories. 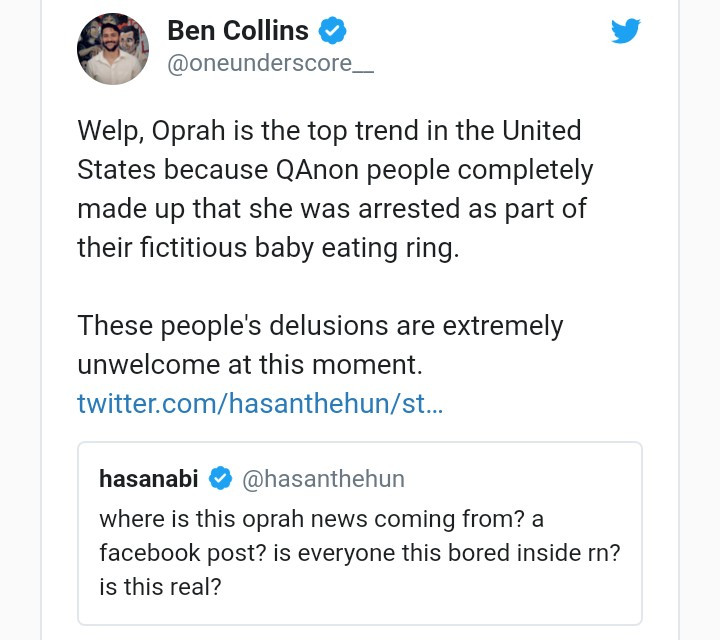 Oprah took to Twitter to dispel the rumours, writing:

Just got a phone call that my name is trending. And being trolled for some awful FAKE thing. It’s NOT TRUE. Haven’t been raided, or arrested. Just sanitizing and self distancing with the rest of the world. Stay safe everybody. 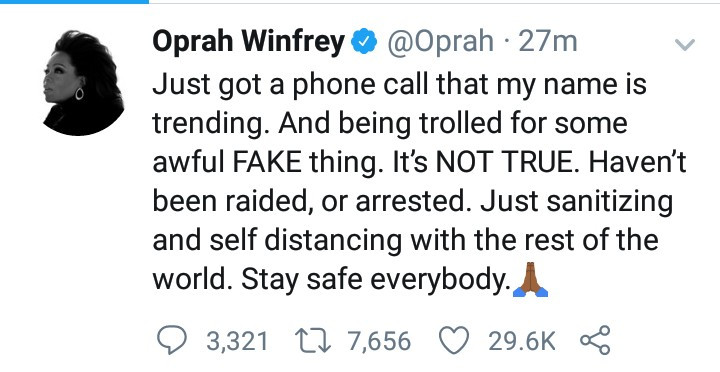