South Korean Health chiefs believe that Coronavirus may lay dormant in cells in the human body and reactivate later after it has been cured after Fifty-one recovered coronavirus patients in South Korea tested positive again days after being released.

The patients – from the country’s worst-hit city, Daegu – were put in quarantine after being diagnosed with the virus, then tested positive again days being released. 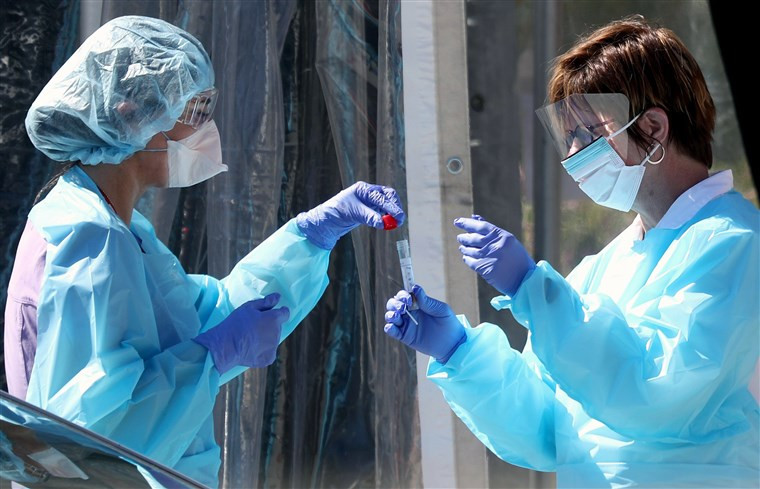 According to Korea’s Centers for Disease Control and Prevention (KCDC), patients – from the country’s worst-hit city, Daegu – were put in quarantine and the virus was likely ‘reactivated’, rather than patients becoming re-infected.

According to the KCDC, for unknown reasons the viral particles can be reactivated after the patients has been cured- but US Viral experts say there is no evidence to prove that the virus acts in this way as monkeys have actually shown the opposite when studied.

Paul Hunter, an infectious diseases professor at the University of East Anglia, told MailOnline:
‘I agree that these will not be reinfections but I do not think these will be reactivations.
‘Personally I think the most likely explanation is that the clearance samples were false negative.’

Professor Mark Harris, Head of virology at University of Leeds, said to Daily Mail: ‘The reports that patients who tested negative subsequently tested positive again is clearly of concern.

‘It is unlikely that they would have been reinfected having cleared the virus, as they would most likely have mounted an immune response to the virus that would prevent such reinfection.

‘The other possibility therefore is that they did not in fact clear the infection but remained persistently infected.’

‘It does appear that swabs for the virus are not 100 per cent reliable,’ Professor Hunter said.

Professor Rowland Kao, of the University of Edinburgh, said: ‘It would seem unlikely that this is a common occurrence, and thus should have only a small impact on the overall epidemic projections themselves.’

#BBNaija Day 12: The trivial games, the troubles, the sailing and sinking ships, and lots more
Lesotho Prime Minister, Thomas Thabane, 80, resigns over alleged involvement in murder of estranged ...
Guardiola’s spouse Cristina, returns to Barcelona to look after her business interests.