Popular bureau de change CEO, Ismaila Mustapha popularly known as Mompha, has slammed those who criticized him for visiting social media influencer, Adedamola Adewale aka Adeherself at her house in Lagos. 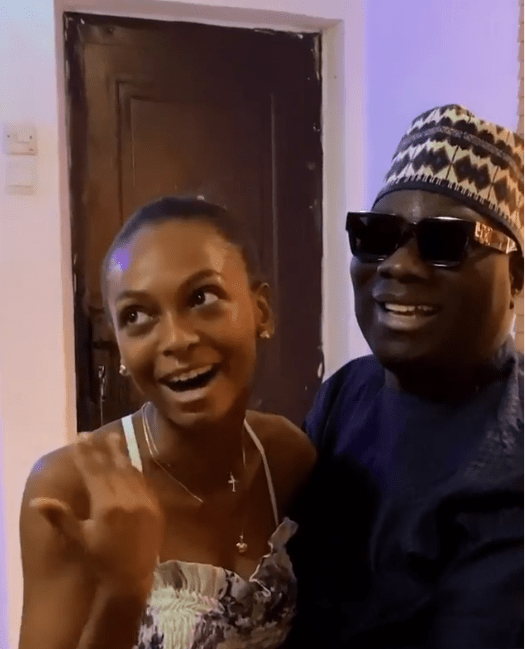 Recall that Adeherself recently regained her freedom from The Economic and Financial Crimes Commission (EFCC), after she was arrested for her involvement in internet fraud.

Mompha who posted the video on his official Instagram story, wrote that it was nice to see her. In the video, Adeherself excitedly hugged Mompha while on her knees.

The video was followed by criticism, and Mompha has now reacted.

“Nigerians online are quicker to judge you for whatever allegation leveled against you without finding out the truth 😡 This beautiful young soul @adeherself has been accused of an offence which is not even strong enough to call her a criminal seeing comments on blogs yesterday just because i visited her just to calm her down and encourage her about trials of life… All i see is Jobless nigerian youths saying trash Just because you dont knw what @adeherself has pass through 🙏🏿 Stay Strong Beautiful Angel @adeherself You will be fine Soon God Bless ❤️❤️❤️” he wrote. 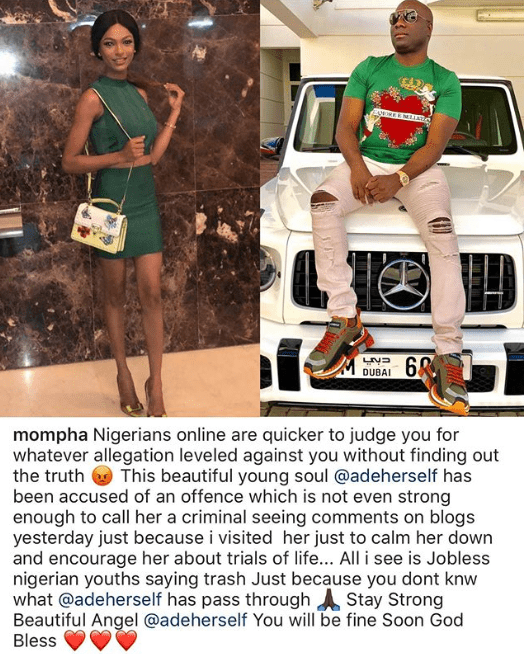