#BBNaija Day 16 was fun filled and we’ve brought you all the day’s highlights you might have missed; from the fashion game to the love letters, down to Kiddwaya’s confession to Nengi and lots more…

From the first minute of #BBNaija Day 16, they all graced our screens till this very second, these Housemates always come through dripping with their Lockdown fashion statements.

Enviable personal style is something many of us aspire to have, unfortunately, the game of drip isn’t known by many. So, if you’re looking to be inspired by the fashion gods, then look at these Housemates who keep true to themselves through their awesome personal style.

So, in no particular order…

This Housemate can essentially do no wrong. Whether he’s just staying locked down in Biggie’s House, presenting during a Task or partying hard at the Saturday Night Party, he’s always available to serve the best male Lockdown looks. We personally love how best Neo pairs his durags with almost every outfit and the way he slays his looks from head to toe… you can never catch him slippin’.

#BBNaija Neo speaks so well. Love it! Plus, man’s fashion is so on point! #BigBrotherNaijaLockdown2020 pic.twitter.com/sP2mSLSDz1

You can tell that Tolanibaj hust moved from the United States of America, seeing as the city’s punk attitude has made its way into her wardrobe. Often showing off her enviable sunglasses game, this member of the cool kids gang mixes streetwear and ‘swag’ with ease. Oh, and her Lockdown Launch outift? Mad!

Tolanibaj with the glasses collection 😍😍 #BBNaija 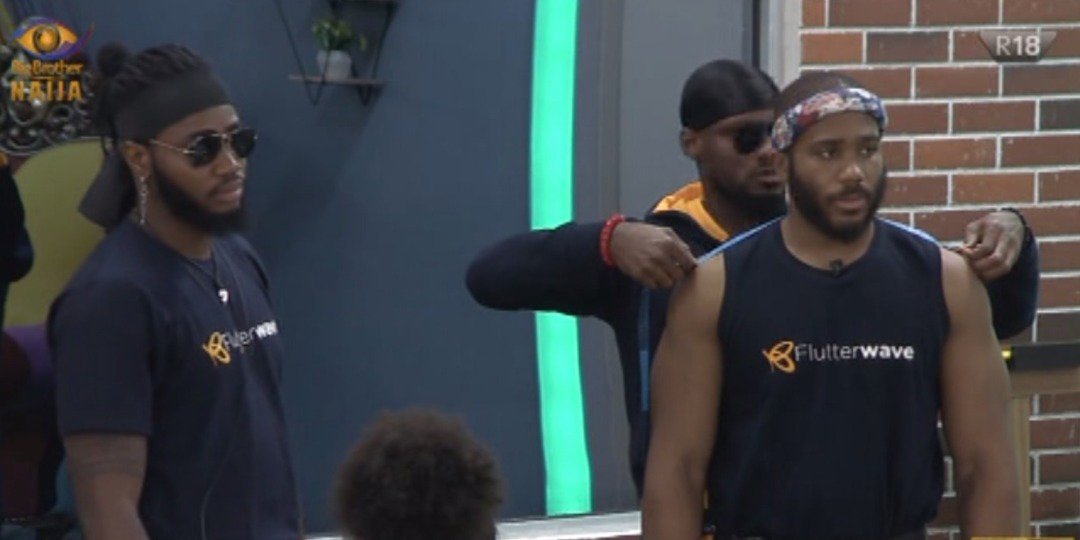 The king of bandanas (no offense to Trikytee), Kiddwaya may well be the leader of the cool kids of the Lockdown House. His personality and alpha-male aura add to his fashion slayage and we can’t help but add him to the list. Whether it be a traditional attire, a colorful tracksuit or simple sweatpants and vests, the London-based Housemate sure knows how to draw attention to himself. Don’t even get us started on his accent.

The 22-year old Housemate has come out as a surprising heavyweight when it comes to Lockdown stand-out outfits. Her famous bum-shorts and crops have found a way to feature in the Big Brother Naija House without having to fight for a space. Also a member of the sunglasses gang, Nengi’s relaxed style never fails to impress.

I trust nengi to come through ,with the slay #BBNaija pic.twitter.com/HViXE2UnHe

Her uncommon and highly talked about (by bae) Launch outfit has won the Housemate a place on our list. Thought we rarely see the ever-smiling Erica’s 100 percent fashion style, her looks prove she’s a fashion chameleon, able to move from sweet to sassy with ease.

Erica’s looks are front page of a fashion magazine worthy🔥🔥🔥🔥🔥🔥

Prince’s personal Lockdown style lies somewhere near his fellow Lockdown slay god, Neo. He’s big on shirts, shorts, sweatpants and durags featuring heavily. Always simple with his fashion statements, Prince has subverted notions of what you expect a rapper to dress like, and that’s why we think he is cool.

He leans on classics like slim shorts, nerd glasses and a mix of durags and ‘kango’ hats. When you’re this annoyingly good-looking, you can afford to take risks with your style, but what we like about the way Ozo dresses is that it’s not at all-try hard.

Lockdown or not, you can never catch them unfresh!

Day 16: Stirring tension
Ozo’s choice stirred up a bit of tension in the House and he needs to stand by his decision to keep it moving.

Ozo selecting Dorathy over Nengi, his perceived love interest as his Deputy HoH stirred up a bit of emotion in the House and resurrected the entanglement drama he once thought he was free of. 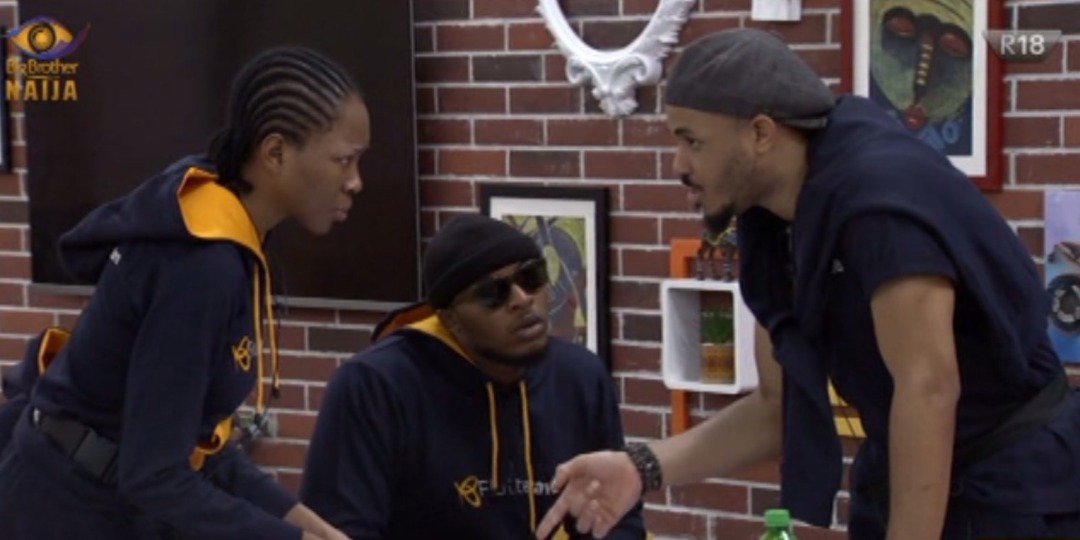 After what seemed like a long pause, Ozo responded with Dorathy’s name when he was asked by Biggie his choice for Deputy. Earlier before coming into the Diary room, Ozo spent time hanging with Nengi giving room to the speculation that he was probably going to go with her and this probably raised her hopes. If she was thrown off by Ozo’s choice, she did a good job of hiding it as she cracked a smile when Ozo announced Dorathy to the rest of the Housemate.

He tried to have a discussion with Nengi over his choice but a large part of the conversation revolved around Nengi trying to brush him off and play it cool. The only time she expressed disappointment or hurt was when she expressed how hot she didn’t win the Head of the House Challenge even though she came close.

She gave a good show acting like she wasn’t bothered about Ozo’s action, you guys saw the hurt.

Sorting it out with the Deputy

Right after he was done with Nengi, he moved on to Dorathy who was already in the middle of a discussion over the resurfacing triangle. He arrived just in time to hear Dorathy say to his face that he can’t keep going back and forth. “I am not telling him to pick a side, he just needs to decide what they are doing. I am sick of the back and forth,” Dorathy said as she ranted about Ozo’s indecisiveness when it came to what he had going on with Nengi. As much as she was ready to support Ozo on his quest to define what he and Nengi shared, she did let him know she wasn’t comfortable with her and the kind of game she played and she believed Ozo was been dragged into a web of deceit.

Why is there still drama?

Viewers who carefully observed #BBNaija Day 16 might obviously be puzzled by the back and forth between Dorathy and Ozo, Lucy asked why there was still drama? Wondering why Ozo’s choice of selecting Dorathy was causing an unnecessary scene, she asked: “If he was worried like that, why did he now choose you?” To which Dorathy responded that Ozo didn’t have a mind of his own and was dependent on her to always be there to help him with decision making. Not impressed by Ozo’s antics, she warned Dorathy that she needed someone tough to be able to efficiently lead the Housemates.

Ozo’s Deputy HoH pick was bound to stir up a bit of drama no matter the Housemate he picked, so seeing him in this conundrum isn’t really surprising but what we are really on the lookout for his how well he will do as HoH with Dorathy and what consequences lie in the future for this choice he made.

Day 16: Whose who in the House

Some of the Housemates discuss dynamics in the House and their feelings being in it.

Two days after eviction and the Housemates are still reeling form the effects of voting off their fellow Housemates.

While talking about having a huge fan base, Kiddwaya praised Nengi for having the attributes that will automatically make her a fan’s fave. 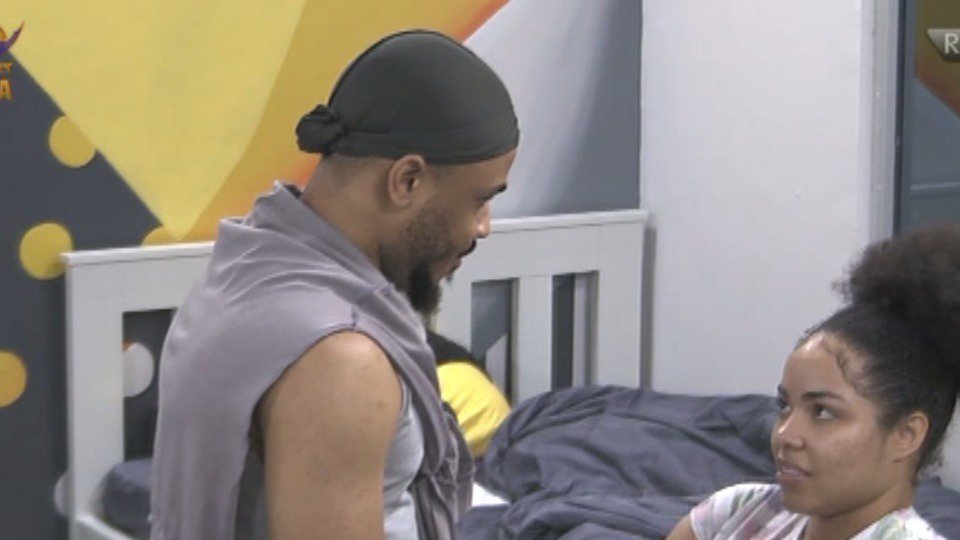 #BBNaija Day 16 which is barely three weeks spent in the Lockdown House, the Housemates shared what they like and admire about one another.