A Nigerian lady, Nwankwo Esther has bagged First Class in Accountancy after sponsoring herself in school following her dad’s refusal to give her university education because she’s female. 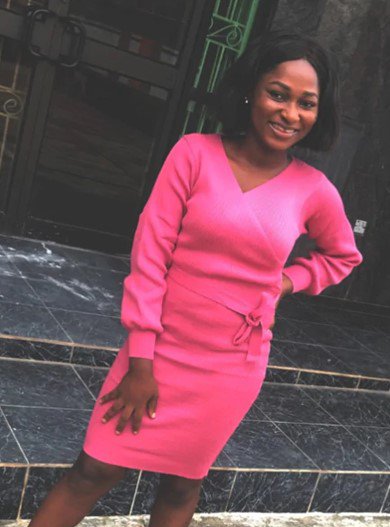 The intelligent young lady shared her story via her LinkedIn profile recently.

She revealed how her father refused to sponsor her university education after she finished secondary school because her dad refused training her for traditional reasons.

“According to him, his tradition does not support female child education, also due to financial constraints”

Esther revealed that it was her determination to succeed that made her engage in menial jobs to sponsor herself through higher institution.

The first class graduate who disclosed that she was skeptical about her future, shared that her determination to succeed was her motivating factor. She added that she was determined and willing to pay the price of success.

“I set out on my path to become educated. “I took up several menial jobs to save up for higher institution,” Esther said, stating further that she took a step and God came through for her.

Esther bagged a national diploma, ND and then proceeded to become a BSc holder in Accounting from the University of Nigeria Nsukka, UNN. 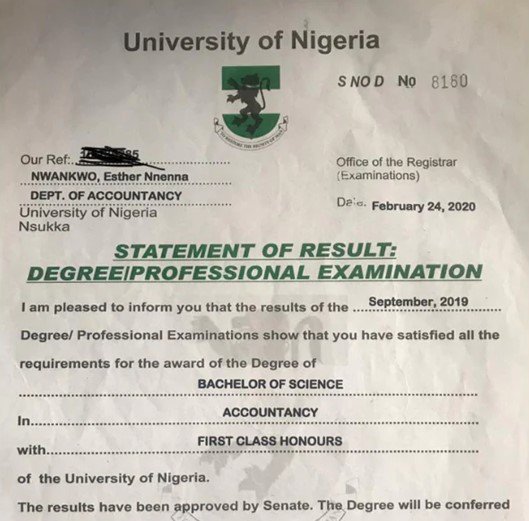 The lovely young lady who graduated with first-class honours, also emerged the best graduating student of her department.

Esther became an AAT holder and a chartered accountant while still an undergraduate. The bookie expressed gratitude to God and acknowledged the help she got from her mentor, Kabir Mohammed and Nwankwo Obinna.